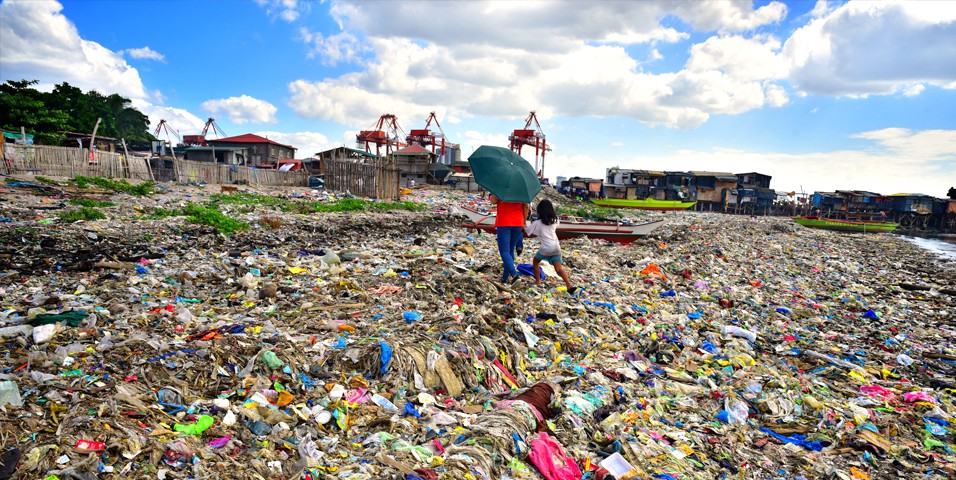 Kathmandu Metropolitan City (KMC) was established in 1919 with the objective of properly managing the waste to keep the environment clean. Though the issue of waste was realized almost a century ago, managing waste is still a major issue in Kathmandu Valley. The situation is so dreadful that our Kathmandu sits under a pile of waste with a tagline as a garbage city. We, as a people, as a government, and as a nation, have failed big time and we owe a big deal to our environment.

Every day 1200 metric tonnes of waste is generated in Kathmandu alone. According to the study, only 10% of the waste is recycled. As 75% of the total waste is generated by households alone, we as citizens are a huge part of this problem. Another major issue is the waste collection services by the Municipal. Recently, the frequency of waste collection has increased but it is not enough to tackle the increasing amount of waste. Also, KMC is responsible to collect waste from 17 municipalities which in itself adds a lot of burden to the municipal.

The crucial factor regarding inefficient waste management and increase in open dumping practices is due to poor road conditions which delay waste transportation. After collecting waste from 17 municipalities of Kathmandu Valley, the waste is transported to Teku Collection Centre. After the minimum level of waste segregation at Teku, the remaining waste is then transported to the Sisdole Landfill Site in Nuwakot. From Teku to Sisdole, it takes around a 1-hour drive to reach the landfill site. However, the road condition starts to get worse and worse as you reach closer to the landfill site. In fact, the last 300 meters of road to Sisdole is constructed on a pile of trash. In rainy season, it is impossible for waste transporting trucks to reach the landfill.

The ongoing waste crisis has two major effects; open dumping in every corner of the streets and health hazards of locals who reside near landfill sites.

The increasing practice of open dumping is devastating as there are piles of garbage lying around everywhere in Kathmandu. Also, the waste carrying truck is always overloaded; to the point where the collected pile touches the wire from electric poles. This is the first time the situation has gone this far.

The city area can at least hope that the pile of waste will be collected sooner or later. But, what about the 200 families who live near the landfill site? Despite big promises, nothing has been done to protect the health of the people near the Sisdole landfill site. The number of people with headaches, diarrhea, lung infection, and other diseases is also increasing. In addition, the pollution from landfill sites has decreased the agricultural produce and increased the diseases among the livestock. So, the overall condition of locals in Sisdole is very dire which has been going on for more than a decade.

How did the problem of waste management occur in Kathmandu?

In past, the municipalities had employed cleaners called “kuchikars” (cleaners in Nepali) who were made responsible for collection and disposal of solid waste using tractors and disposal sites as river banks. However, this tradition was discontinued as the public didn’t feel it was their responsibility to take the role of cleaner for waste collection and disposal. In that period, waste management was not a big issue as people use to compost the waste and circulate it on their farms as organic fertilizer.

After the establishment of KMC, a lot of people started to migrate to the capital for better jobs, education, health facilities, businesses, etc.; to achieve a higher standard of living. As a result, Kathmandu did became the capital city, a hub for restaurants, higher income, colleges, or hospitals. When the overall disposable income of people started to increase, their consumption pattern also changed; resulting in consumerism that increased daily waste generation.

Due to lack of proper waste management system, Kathmandu was not ready for the wave of piling garbage. In 1986, German Technical Cooperation Agency (GTZ) started the systematic waste collection and disposal in Kathmandu and Lalitpur with the use of Gokarna Landfill as the first disposal site. However, in 2000, Gokarna Landfill was shut down due to massive opposition from the locals that resulted in to use of riverbanks (like Bagmati) as temporary disposal sites. This was the major reason behind Bagmati pollution. In 2006, Sisdole was decided to use as a temporary landfill site.

As responsible citizens, we should also feel the problem that is impacting their daily lives. The majority of people living in Kathmandu are educated but their level of awareness regarding consumption patterns and waste generation is very minimum. In fact, littering is still a problem. From water bottles to chocolate wrappers, we hesitate to take them back to our house as it is much easier to throw them in the street. Out of 1200 tonnes, 75% of it is organic waste that can be managed locally. But as soon as the waste piles up in our house, we just want to get rid of it, even if it means throwing it in the street. So, the proper mindset is still to be developed.

With increasing amount of daily waste, the yearly budget is not enough to balance all the necessary requirements. Out of the total budget, more than 75% is spent on salaries of staff and fuel. Due to this, there is no additional budget for the proper purchase of recycling machines or transporting trucks, or even maintenance of landfill sites.

To understand the situation of infrastructure, we can observe the number of waste transporting trucks. To transport 0.8 million kilos of waste, the municipal only has 82 functional vehicles. The numbers might vary for 2021. But still, the number is less as the majority of the budget is spent for staff and other workers. Due to this limitation, the municipal doesn’t have waste segregating and recycling machines.

From Gokarna landfill to Sisdole, we have never been managing our waste. In the span of 25 years, we are simply dumping our waste. This practice led to the closing of the Gokarna landfill which was the main reason behind Bagmati pollution. The condition of Sisdole is even worse. The landfill site is beyond its capacity. As a response, Banchare Dada (1.9 km far from Sisdole) has been selected as a new landfill site. It has been said that the ongoing waste crisis will be resolved after opening of Banchare Dada.

When will we realize that landfill is not the ultimate solution? We are just increasing the count of wasteland from one landfill to another. With this rate, the count will multiple in less than a decade.

Exploring prospects in the textile industry of Nepal

The social aspect of Social Enterprise: Experience from Nepal