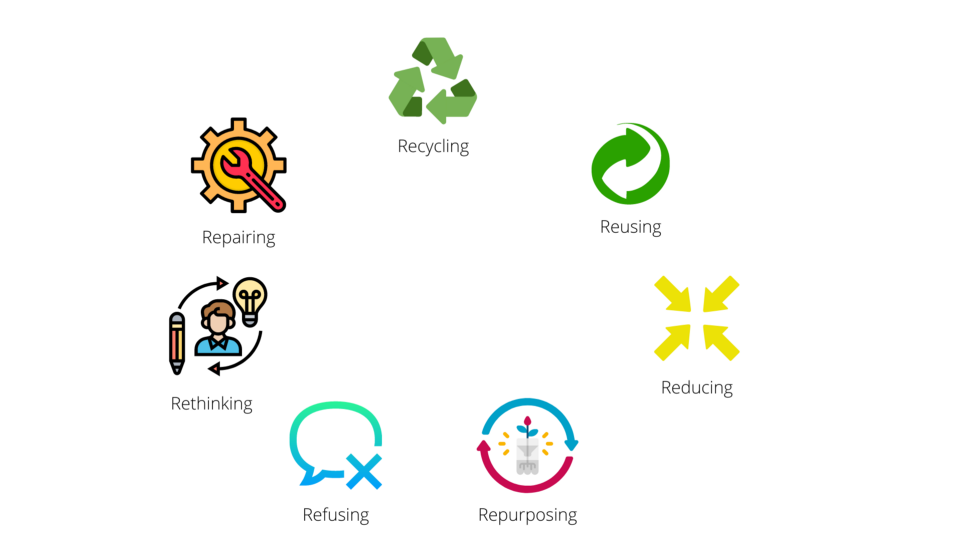 ‘Sustainability is not just about adopting the latest energy-efficient technologies or turning to renewable sources of power. Sustainability is the responsibility of every individual every day.’- Joe Kaeser

When we wake up in the morning and listen to the waste picker who is whistling around the corners of the streets, the first thing that strikes our minds is to pick up the bucket of waste and rush it towards the waste picking vehicle. Or else, we will get left behind in dispatching the waste and have to wait until the next day.

The concern is that we all are rushed towards waste concentration. But barely do we consider looking at the types of waste that we have accumulated so far. There are basically two major problems in our society when it comes to advocating for a clean and greener society. The first is our own habit of ill-practicing of waste management and the second is our never-ending complaining behavior towards the government or waste management services.

Late Mahatma Gandhi, a famous political ethicist once said, ‘Be the change you wish to see in the world’, It is high time that we focus on our own consumption pattern, and the consequences it creates to the atmosphere and the environment we live in. World Commission on Environment and Development defines Sustainable Consumption as the use of material products, energy, and immaterial services in such a way that their use minimizes impacts on the environment so that human needs can be met not only in the present but also for future generations.

With regards to the above definition, it is often very contrary to today’s consumption pattern of modern human civilization. The fast-fashion culture and materialistic behavior of humans have created environmental distress that has not only resulted in health hazardous impacts but also the loss of biodiversity and natural resources.

The above picture featured in Kathmandu Post daily poses a question ‘Trees could save Kathmandu. But can Kathmandu save its trees?’ This particular picture demonstrates a significant example regarding how rapid urbanization has degenerated the environment. In addition, the ongoing and never-ending process of urbanization might lead to a decrease in the area of forest around the outskirts of Kathmandu. This human behavior might create a huge loss of trees around Kathmandu which has been there for centuries.

This is just a bigger picture of how humans have captured the nature and environment as if these resources only belong to this generation. Let’s consider looking at the same context from a lens of households. According to the World Bank, waste generated per person per day averages 0.74 kilograms but ranges widely, from 0.11 to 4.54 kilograms. In the case of higher-income countries, the waste generation may vary a lot compared to that of low-income countries. High-income countries generate about 34 percent, or 683 million tonnes, of the world’s waste. Low-income countries produce about 48 percent of waste in cities, but this portion drops down to 26 percent outside of urban areas.

According to World Economic Forum, many developed countries export their post-consumer plastic waste to the poorer countries handing over the burden on their shoulder to deal with such waste. This saddling effect causes the population at the bottom billions more vulnerable to the disease related to waste.

In terms of Nepal, every day the Kathmandu Valley generates around 1200 metric tonnes of solid waste, of which 50 percent comes from the Kathmandu Metropolitan City alone (Kathmandu Post, 2021). The amount is expected to increase with the increase in urbanization and consumption within Kathmandu Valley.

The most common types of waste that are generated in households of Kathmandu are organic waste and plastic waste. The majority of plastic waste comes from the milk packets that are being consumed on a daily basis. And the question is where does this plastic waste end up? It’s simple as that. They end up in the landfill. And this process gradually increases the amount of waste in the landfill resulting in environmental distress and several issues linked with it.

When it comes to responsible consumption, there are basically 7 types of waste management practices that we as consumers can usually conduct from a household level to ensure the reduction of waste going to the landfill. They are recycling, reusing, reducing, repurposing, refusing, rethinking, and repairing. However, these terms are often used in different ways.

Recycling is a continuous process of collecting and re-processing of waste materials. Reusing refers to using the same products again and again for longer use. Reducing refers to the reduction of excessive resources from use so that they do not end up as waste. Repurposing refers to reusing and recreating a waste into a new product. Refusing refers to avoiding the use of unsustainable and non-eco-friendly products. Rethinking refers to innovating new ideas through waste and finally repairing refers to mending or re-fixing of the broken or old products so that the life of such products is increased.

However, the practice of 7 R’s in the houses of Kathmandu has always remained a major challenge. The major reason is the lack of understanding of people on recyclable and non-recyclable or reusable and non-usable products. Though the organic waste is somehow managed in some of the households through the process of composting, still the majority of households lag behind in terms of organic composting. The data of 2015 from the environment audit done by Kathmandu Metropolitan City shows that 63.22% of waste generated from Kathmandu is organic.

Waste Management has already become an urgent need in Kathmandu. The duty of the government remains the same but the responsibility is ours too to complement the proper practice of waste management. Understanding our consumption pattern, and changing our behavior towards responsible consumption is a necessity for our contribution towards proper waste management. If not realized now, we have to see the condition getting worst, which would be otherwise, contrary to what we have dreamed as a better and sustainable city.

It is high time that we focus on our consumption behavior and reflect on our lifestyle to ensure that we have played a remarkable role in minimizing the waste from our household level. Let’s keep the track of our everyday consumption whether it’s related to food or non-food resources, every determinant counts a lot in waste management and control.

The global damage from dumped plastics and alternatives

The social aspect of Social Enterprise: Experience from Nepal